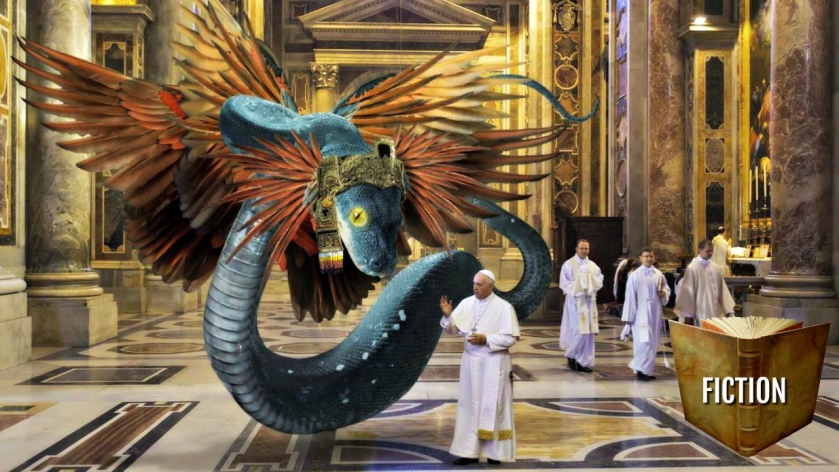 Things are changing. They are changing, and it’s happening so rapidly now, that I can barely hold on. I feel my fingertips at the edge of a cliff, everyday. I turn, daily, and begin to ask the question, “Let me off.”

Of course, that means something very different to me than it does for you.

For me, that means walking out of my home, onto a beautiful drone and flying to my home far away, that’s waiting for me.

It means a tube that heals my wounds, heals my heart, heals my bones, my neck, my head and my spine. It will heal my back and my pelvic wounds. Yes… “leaving” for me is very different, than “leaving” does for you.

Leaving means… ‘I leave the muggle world— and finally go home! to the magic world. It’s where I belong.

The Magic Kingdom is currently terrified of the muggle world. I mean, can you blame them!? You set of a freakin’ nuclear bomb! You tore the basic fabric of the globe apart! And before you all go pointing your finger at America, take a good look at Germany first! They’re the ones who designed the thing. They’re the ones who sent the scientists over to the USA, and yes- oooooh yes! Thank Germany’s partner in crime- Japan– for the Atomic bombs!

It is shocking to me that we look over and say, “Nazis!!! Holocaust! Boo!!!” And never: “Japan!!!” when they freaking wiped out all of Asia by partnering with Hitler. “Honorary Aryans,” Hitler named the Japanese, and they still have not denounced that title.

Still, to this days, swastikas swarm their society. They embrace the symbol. And they aren’t sorry they lost so many of their people. Incredibly, they were warned the second bomb was coming, and they welcomed it.

I am still, to this day, trying to wrap my head around that. The Japanese Emperor saw what the Atom Bomb could do, and thought, “You know what? America is just so shiny. Let’s loose 400,000 people to shame them for 75 years!” And so they did.

But I guess that’s just the rantings of a world leader. Ignore me.

Today I’d like to tell you about the Magic Kingdom.

That’s not to say the world of magic isn’t mean. I don’t think it is. I happen to think it’s more honest. Thieves are thrown over the sides of cliffs. I like that. First come, first served, at the fairs. If you make a good deal, you get respect. If you don’t, word gets out and everyone sends ‘their guy,’ to come steal from you. (Hence the Clinton incident. Sigh.)

Anyhow. Let me see. How do I describe the magic kingdoms. Uhmmm—

Some of it happens right in front the non-magic folk – you and me (I’m still not there yet, remember?)

For example… the water dragon from underneath the Vatican was recently lured out by my people. I was pretty impressed. Water dragons are from Japan. NOT easy. And what it was doing under the Vatican, I just don’t know. I only cared about one thing: killing it. It took forever to find it. Killing it was a whole other bag. It took Gustaf a whole week to figure out how to do it, and he wasn’t even down there.

Gustaf is one of my 500-year-old uncles, if you remember. At the end of the week, he finally had a solution. He remembered that minotaur’s hate dragons. And that there just so happened to be a minotaur, right next door. My team down there, as Gustaf put it, “just needs to get the two together, and the minotaur will kill the water dragon. Problem solved.” Sounds easy. But it’s not.

Think about it. In order to get to the minotaur, my team would have to run out of the Vatican trailing a freaking water dragon. Try telling that news to a team half-filled with Fox news anchors and Pewdiepie. But I did. And boy, can they run. Next came the next-door minotaur.

How did they get that minotaur’s attention? By running down an entrance to its labyrinth (of course – there’s always a labyrinth) at the local McDonald’s in Rome.

I remember getting the directions. I will probably never forget it. I was like:

“I’m sorry. Did you just say to exit out the Vatican that took months to get into and run right back into the ground…

I was picturing it in my head. Rome. The coliseum. The pantheon. The Piazza Cavour. And my people running out of the great bowels of an ancient chamber… into a Mc Donald’s.

And so… down they went. The minotaur started chasing them, just as we planned, all over Rome, just like we DIDN’T plan, until the water dragon and minotaur finally noticed each other. Now my team is currently stuck up a crevice, watching, while the minotaur and water dragon fight each other.

All in Rome. Seriously. On October 15th 2020. At 4:23 pm Eastern Standard Time. I checked. The fight’s still going and has been going for quite some time.

And guess what? Tucker Carlson is one of the guys stuck up there. His dupe is on TV.

This is my life.

From what I can tell, the Magic Kingdoms are the remnants of what the Book of Enoch talked about. It is very, very clear that the muggle and magic worlds once lived together. I don’t know if they’ll ever reunite. I don’t think so. Man is much too addicted to his own potency.

But that power is all an illusion. I have learned that we all, elf, dwarf, human or giant, serve someone. None of us is a ruler. We are all servants. And as much as the Dark tries to tell us that there are many idols, belief systems or nationalities to believe in, there really are only two things that we all serve. We either serve evil or good. We serve the Dark or the Light. We serve the Serpent or the King of Kings.

There are billions of people who openly admit they serve the Serpent. They have dances, rituals and temples dedicated to the bowing of man to the Snake.

There are others who serve only themselves, which makes them incredibly pliable to the Serpent as well. To tempt Eve into eating the fruit of the only forbidden tree, the Serpent applied to her self-interests, “It looks beautiful. It smells beautiful. It must taste beautiful!” And before Eve ate, she checked that it looked and smelled good.

Ironically, there were better trees in the Garden. But as the Serpent said, “Take that which is pleasing to you! Why not?” And Eve didn’t think, “I will break my master’s heart.” Instead, she ate, because it pleased her.

And whom did she serve then? The Snake. It was not her idea to eat. No… he was pushing and prodding her. And by serving the Snake, she served humanity to his rulership, and so it goes for all of us who serve ourselves. We truly serve the Serpent.

There are others, though, who grew weary of serving the Serpent, and decided to bow to another. This One doesn’t lie. And that’s who we serve.

I suppose, if you were to talk to Him, as you lay in bed at night, He might tell you where we are and how to find us. Ahhh… but that’s the problem.

It’s so much easier to talk to a Snake.

I better go- life is calling. I hope you enjoyed today – and be well.