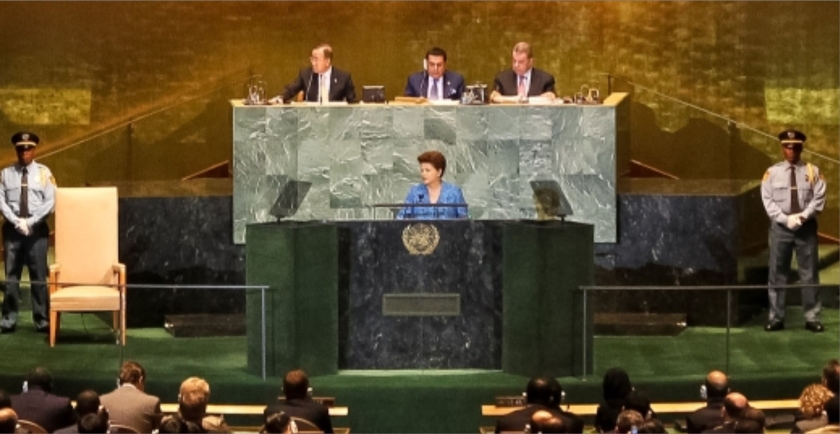 The Ukraine corruption involving Joe Biden is just the tip of the iceberg. It’s a small peg in the Sustainable Development scheme the UN has been running on an international scale, using both sides of our congress, for 70 years.

That’s why Tucker Carlson was able to outline how the GOP is currently pushing continued corruption in the Ukraine today, in his October 1st broadcast.

On October 2nd, I added to his research, and mapped out the world for you, according the United Nations, and the poverty and pollution it has left in its wake. From the Ukraine we went visited Venezuela, Alaska, America 2050, BASF, Germany’s global Krupp Steel empire, the US steel industry, coal industry, jade altars in the UN General Assembly hall, global pollution and Nexus, the UN’s plan to unite food, water and energy under one roof. Click here for the thread.

I had just finished watching Tucker Carlson’s tape from the night before, on October 1st 2019. In it, he outlined how the GOP senators were continuing the work of Joe Biden in the Ukraine, and I knew the story behind that work: the pro-Germany pollution, poverty and war machine that made billionaires like Rockefeller, Rothschild & Oprah trillionaires. If Rob Peterson was guilty, it was time to write.

What followed was an amazing dig. More than ever, buying Made in the USA is essential to the world’s health, human rights record, pollution reversal and land rights.

To that end, may you enjoy the first ever American Made convention in Indianapolis this weekend, October 3-6th. Please join me in asking them to help its success by signing a petition to undo the 230 status of Silicon Valley companies.

Either we are created equal, or we have a class system. Nations with class systems end in tyranny. Let us reverse this terrible bill. Tell congress to undo it.

Congrats to Indianapolis! Have an amazing event.

Click here to join the $1 a month team, so I can keep writing and researching for you through my recovery. We’re an amazing team!