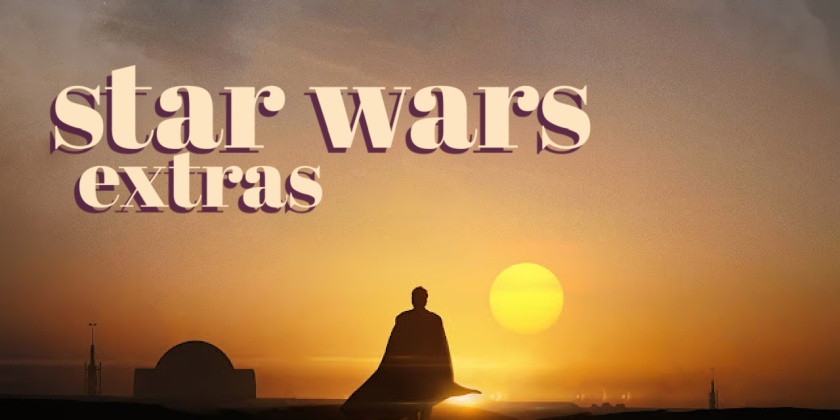 As a new Chairman Xi, who once fainted at the thought of a spider, rips one of the ancient spiders into pieces in Russia, and as Hilary Clinton marries the Amazing James Randi atop an ancient cliff, flocked by wood elves, in one of our secret camps, and as Prince Harry, a former Nazi, learns to dance the steps created by the angel of music and song… I can personally say that our recent re-watch of the movie classic Return of the Jedi was a radically different experience, now that I’m no longer a muggle. It was difficult, moving and transformative. Was it meant to be?

When I was seven years old, I changed. For thirty years I have tried to understand why I changed that year. I have talked to my uncle who was assigned to watch over me, to my husband and to the Father, but I have never – until today – figured out why I changed.

It was as if the world was a shadow before that year. When I remember the land I was born in, all I see is stalks of sunflower and corn. I see the house, dimly lit. I see my grandfather, threatening to cut off my pigtails with his scissors (which were really his two fingers) as he pulled them and smiled. I remember my father tossing me in the air, in the garage…

But it is all covered in the ink. The sky is not blue. It is steel gray, protected by some lens. It’s almost as if my first six years were lived within a snowglobe. The world at large was outside but I couldn’t see it. The glass warped my vision. It appeared as though we were stuck on the back shelf of an old toy store, where the light barely reached us.

I can see myself sitting at the dining room table, in time out, because I would not eat all the things on my plate. I sat there for hours. When I had a moment, and my mother was gone, I snuck mayonnaise from a jar. I was so hungry. Today, I know more about my allergies. It seems I handle kosher foods well, and little else. I was a great disappointment to my step mother.

I didn’t know it yet, but one day, when I was much older, I would learn that she was not my mother at all. It was a relief.

And here is where my story collides with the fantastic and tragic world of the original three Star Wars motion pictures. Here is where the stories of newborn children are separated from their parents at birth, because an empire not only wants them dead – they believe the children are a threat to all they have created.

Well, I don’t know if I have a brother somewhere. I certainly feel like I do, from time to time, when I meet other people battling the empire of evil in our world today. But if I “feel it,” as the lingo of the Star Wars universe suggests, I know that I do not.

But I am a threat to the empire today. I have been hunted for two thousand years, perhaps longer. And I was separated at birth from my parents.

I do not know who they are. I only know that they were good, that they were powerful, that they gave me gifts for this moment in time: for the Great War. And I have used them all, without knowing either of the stars they came from. Nor can I remember them.

A light shadow of love and sadness hangs over me like a rainbow, when I try to see them. I can see me, a tiny bundle, and them, broken and hopeful. Would I be able to give up my child, knowing what they will face? For I am sure – just from the gifts they left for me – they knew my fate. They must have seen what was written in my books.

But perhaps they did not. They gave me the gifts of truth and voice. It wasn’t a very nice thing to do – especially for a young girl being born into the darkest days the worlds have ever seen. But they trusted in the Father. It’s as if they could only see me now, and not all that was to come before. And if that is so, then the Father kept it from them. Perhaps they would not have been able to part with me, if they had seen all.

And here again, I collide with Luke and Leia – I intersect with the Skywalker legacy. So much was hidden from them. So many lies were shared with these two young children, soon to be adults. And no one dared to tell them the truth until the very end.

When we watch such a story unfold before us on a screen, we do not think much of it. It is a dramatic part of the story. It seems natural. It seems right. ‘Of course Obi Wan Kenobi would not tell Luke who his father is! That was the wise decision! Look where it took him!’ And we side with the older sages in a story, for the music, the coloring and the director leads us there, like little lambs.

It is not until we are older and have lived a little bit, that it starts to dawn on us what it really means. And the wiser of us question such decisions: ‘Perhaps it would’ve cost less had they been raised upon reality.’