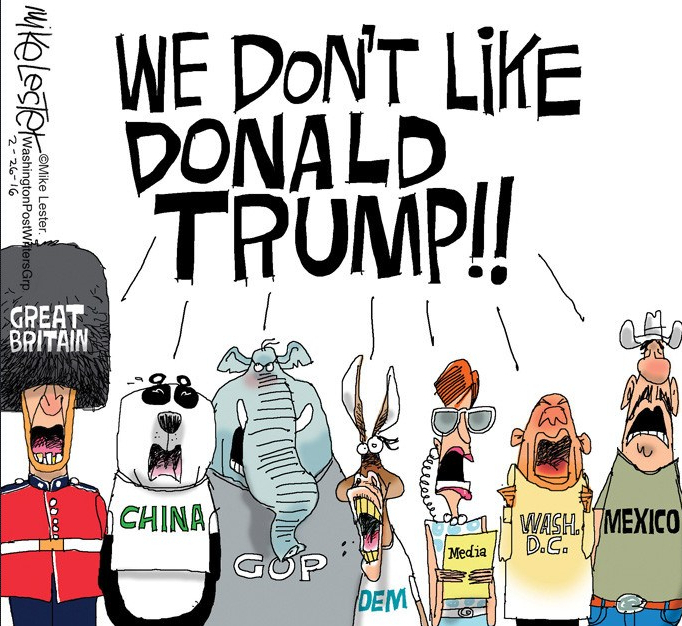 The Democrats’ 2020 debate was about Climate Change for a reason. Climate Change has a government. It’s name is the United Nations Framework on Climate Change (UNFCCC) and they have “Conventions” around the globe nearly every weekend. Think of them like a congress. They meet in a circle and everything. They make bills about the exact same things the US congress does: energy, transportation, citizen rights, abortion, hospitals, stoplights – everything.

But their main website doesn’t advertise one very important fact: the UNFCCC’s headquarters are in Bonn, Germany next to the Frankfurt Stock Exchange (in the top three with Wall Street and London.) More Sustainable Development “Climate Change” meetings happen there than any other city on earth.

These are the policies President Donald J. Trump fights every day. Why? Because. The United Nations is an un-elected government. Citizens have no idea they meet. Instead, our research and their own documents show they answer to what are called “stakeholders,” or investors. For example, in 2009, Bill Gates, George Soros, Oprah Winfrey and Warren Buffet formed an investment firm in Climate Change policies. Jeff Bezos, of Amazon, used his foundation to fund leaders in the same platform in 2005. Now he has $688 billion.

It’s no surprise, therefore, that the end result globally for citizens, of this Climate Change Agenda, also known as Sustainable Development, has been a removal of rights for most citizens around the world. Citizens have lost rights regarding their land, their energy sources, their ability to speak freely and practice their religion, and especially – their ability to run their businesses.

But there is a hidden agenda that has been missed behind these UN Environmental policies. Some people have called them Agenda 21. But Agenda 21 books focus on the land and energy grabs, or they focus on China. Unfortunately, the UNFCCC hides something much bigger. It goes much further up the chain than this: a global German-Ottoman Empire.

Look at what companies have been spared from the Climate Change agenda, and you will see that they are all based in the Middle East (Ottoman Empire) and the countries that formed Germany before WWI, which Hitler sought to unify. In fact, in both WWI and WWII Germany and the Ottomans fought together as one. They do the same today. This is why their luxury resorts soar so high, but no where else.

Oh, they use China. They pollute China. But they are owned and based… in Germany. They simply moved the camps they had in Germany over to where the socialism was.

How did we catch this? Let’s look.

Dinesh D’Souza, in his research and books, caught the fact that the 2016 Democrat platform had changed dramatically, even from its socialist turn in the 1960’s, when Ronald Reagan left the party. Instead, the Democrats had adopted the entire Nazi political platform of the 1930’s. As he reads it off, he’s right, “it sounds like a Bernie Sanders campaign.”

Ironically, if you drive through Bernie Sanders’ state, Vermont, you will find German wares sold at what is called “The Vermont Country Store.” Not only that, but Vermont seems untouched by Climate Change laws. Its farms have not been taken by the EPA, nor have its businesses been regulated out of existence. Instead, small businesses and towns thrive in Vermont.

It’s almost as if it’s the 1950’s in Vermont. Bernie Sanders seems to want the rest of the United States hit by Climate Change’s 17 areas of government regulations: economics, culture, schools, educations, water, housing, gender, sex, healthcare, transportation, etc. etc… but not Vermont. And so… Ben and Jerry’s ice cream is sold on shelves everywhere. But not for the farmers of America. Not unless you’re from an all-white state that benefits Germany.

Another place spared from Climate Change regulations is Germany itself. The Green Party of Germany is furious that renewables (all research links below) are not allowed in their country, while they are allowed in the rest of the world. Why not? BASF, of course.

BASF is known as The Chemical Company. When a Green contractor built it a plant on the Mississippi River, it only scored a 50/100 on the Sustainability Tests, but was hailed on their website as a success. Why?

Because BASF wrote the Sustainability platform. In fact, BASF backed Hitler, and gave him so many millions, he won the German vote. Then they used the concentration camps for profit, and were the only ones to tattoo concentration camp victims.

That’s BASF. And they don’t have any competition in the entire world. Because Climate Change activists bomb, block or burn their competition’s trains out. Why? Those who own BASF, also own the newspapers.

The 1% are a very tiny, tiny few in this world, and they are German. By the Democrats’ standard, they would be Jewish, but not by Hitler’s standards. By Hitler’s definition, they are German. The Jewish blood was long lost in their histories.

According to Hitler, George Soros is German, the Rothchilds are German, the owners of BASF, Agfa, Bayer, all those who profited off the WWII victims… are German. That’s why Soros was “Jewish” according to the papers, but hustling Jews out of their homes.

Because – according to Hitler, you weren’t a Jew, unless your grandparents were full blooded Jews. It’s only American Democrats who live by the One Drop rule. And they use it to the fullest extent, so that no one is German, in today’s world.

Just about everyone wealthy – is Jewish. Those bloodlines go back for forever.

Anyhow – the result is startling. Middlestand companies, German manufacturing companies that are just below the top 500 companies, are only .6% of the global core, but comprise 48% of the sales market.

ZEW research shows they won this advantage through private funding and partnering with universities. That’s called Sustainable Development. And it’s carried out at the UNFCCC conferences nearly every weekend.

Then, Bernie Sanders passes those laws for them, making them extreme profits. It’s called Capitalism – without rights… or: Nazism.

Look up IG Farben-Bayer. The Holocaust victims have been trying to tell us their stories for forever. Unfortunately, those who funded Hitler were given short sentences at their Nuremberg trial, released, allowed to run places like Bayer Pharmaceuticals again, and soon… we had drugs using their research, like birth control pills (sterilization) on the market.

We should have seen it coming. Bayer gave heroin to children in cough syrup before WWI. Plus, they are the ones that Criminal Intent episode about releasing HIV blood into third world countries through tainted medicine was based on.

What lovely gems they are.

Learn about Hitler’s Germany, and you will see it was based on the idea of “the other.” Labeling others as “white,” or “Jew,” or “black,” or “girl,” -not “human,” and “equal.” We are all the same. Martin Luther King knew that. He had a dream.

The inclusivity doctrine violates every aspect of that dream, in every way.

What can you do? Invest against the Nazi-Ottoman Empire. Invest in Boeing, who goes against International Unions (International means UN, means German), against the Rainbow Flag (created and adopted in the early 20th Century as a symbol of white purity), and in Trump’s Opportunity Zone projects.

Anytime President Trump hails a company, like Toyota, for working with him, it’s a good investment. Pull out of Middlestand companies, and any company that profited off of concentration camps, like BMW, Junker, BASF, Bayer, Monsanto, etc.

Papers like Lindsey Graham’s Post and Courier in South Carolina read exactly like a Nazi propaganda machine: fear, fear, fear – do our UN Climate Change policies that tax you to death… or else!

And finish with their number one stated goal: no more global poverty! (read the fine print – the goal is met if everyone is making $426 a year. That’s less than a jail cell. And 30 years in, 71% of the world is under $10 a day. They are making great progress.)

If you want to fight this agenda in your own personal life, don’t buy German or China made products. “German” to them means pre-2018 Germany. Of course, they’ve heavily bought out Sweden, so to be safe, I’d recommend buying Made in the USA – and President Trump hosted 50 of those companies at the White House. You’ll find a list if you search for it.

I hope that helps.

We are at war. It is a Cold War. It is economic. But it is one between the Free Trade system, which lead to death camps, and a Bill of Rights Trade system, known as Fair Trade. That’s very different.

I believe in President Trump’s 2018 speech to the United Nations. They laughed. They are not laughing now. Because. We figured them out. And we’re hitting them where it hurts: their money belt.

Pull out. Hit them in the belt.

Euranet Plus Radio: Environmental Rules Tailor Made for Germany

Iran’s telecom empire untouched by Climate Change regulations, due to Middle East’s alliance with Germany (notice luxury towers can be built in Middle East, EU and China, but not US, UK or Australia, where Climate Change regulations are targeted due to Democracy.) This is explains why “European transnational companies won’t adhere to Iran sanctions.”